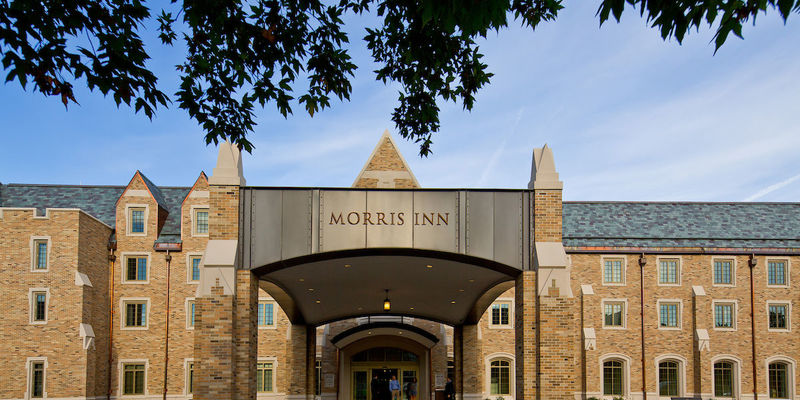 The Morris Inn, the University's full-service, on-campus hotel, was completely renovated and expanded in 2013. The Gothic-style exterior of the new Morris Inn aligns with the architecture of other campus buildings, while the hotel’s interior showcases a classic design, highlighted by rich, navy furnishings, light-colored custom millwork and golden paint tones. The expansion increased the total square footage of the building from 72,000 to 137,500, and the number of guest rooms increased from 92 to 150, allowing the inn to better meet guest demand. The number of employees nearly doubled, with 120 currently on staff.

As part of the renovation, the Morris Inn received a LEED Gold certification in 2014.