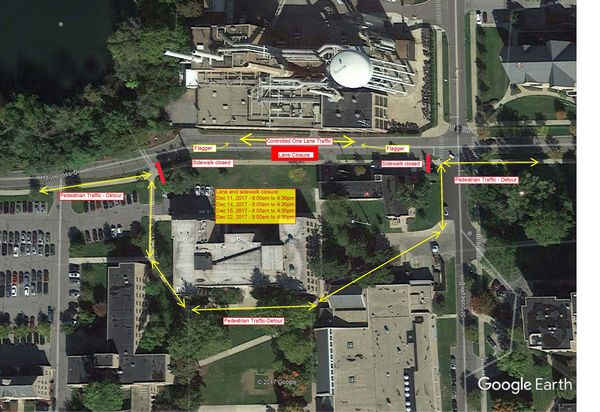 Monday, December 11Construction activities at the Power Plant will cause a series of partial road closures on Holy Cross Drive near the Notre Dame Fire Station. The attached graphic shows the affected area. To avoid peak traffic periods, the crane and associated work is scheduled to occur only between 9:00 a.m. and 4:30 p.m. on the following dates:

During these times, the road will generally be restricted to one lane with flaggers directing traffic.  During short periods of time, all traffic will be stopped as equipment is lifted over the road.  Pedestrian traffic will be diverted away from the area via a detour route south of Haggar Hall.

Originally published by Dan Shoop and Marissa Gebhard at evp.nd.edu on December 05, 2017.