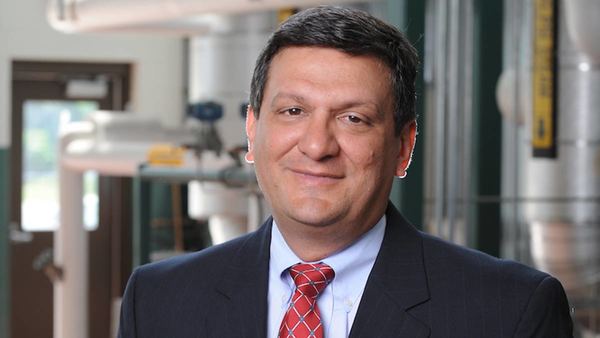 “Paul’s leadership in the development of a portfolio of renewable energy sources, the expansion of the power plant and management of the utility infrastructure is exceptional,” said Doug Marsh, vice president for facilities design and operations. “He is deeply committed to carefully stewarding the University’s resources and contributing to the efficient operation of the University.”

A Notre Dame alumnus, Kempf is responsible for the operation of the University’s power plant and heating system, the distribution of all centrally produced utilities and the maintenance of more than 11 million gross square feet of campus facilities. He directs a staff of over 100 University employees and more than 100 contractors who support the University in maintenance, repairs and utility projects across campus.

Kempf has worked closely with the Office of Sustainability to achieve a 50 percent reduction in the University’s carbon emissions based on the gross square footage of campus, compared to 2005 baseline levels. In collaboration with the Office of Sustainability, he has been responsible for envisioning and directing the implementation of numerous energy conservation measures, saving the University an average of $2 million annually and an aggregate of $20 million since 2008.

He has led the expansion of the University’s power plant, including the new East Plant that supports energy growth using efficient and renewable energy strategies. Through five geothermal heat recovery chillers, the East Plant provides campus with efficient and cost-effective heating and cooling as well as a thermal energy storage system that will meet the peak energy needs of campus. Several of the University’s new facilities, particularly McCourtney, Dunne and Flaherty halls, are designed to use heating and cooling from the University’s geothermal systems.

Originally published by Marissa Gebhard at news.nd.edu on June 14, 2019.